So surfing can be a very selfish sport. I mean, I check the surf report multiple times a day, adjust my schedule to tides and pretty much obsess about my next surf session.

So I found this meme today I wanted to share with everyone from hotswell.com

I have documented my struggles in finding a yoga studio that fits my needs. Either the yoga isn’t my style (Vinyasa), the class times aren’t consistent, or frankly, the yoga studio is too expensive for my frequency.

Well, I pushed myself to yoga class last night by a teacher who gives free classes out of her converted garage. It was a perfect night to practice yoga as well. It was super rainy and cold, and since we were in a converted garage, the rain sounded awesome.

I woke up this morning feeling refreshed and rejuvenated. My muscles have been hurting lately and a guided practice is exactly what I needed.

It’s very rare that I surf the weekends anymore, mainly because the beaches are so crowded. This particular weekend I had to surf because the huge XXL swell was easing, and we have rain forecasted most of the week.

My group of surfer buddies went out a little earlier than low tide, just to get into position. After paddling and catching some mushy waves (or trying to), I was just frustrated in the area of the ocean my group was sitting in. I decided to paddle more towards the cliff, hanging out with another surfer.

We took turns on the shoulder of the wave, then all of a sudden this huge elephant seal came out of nowhere! If you aren’t sure what elephant seals look like, see the pic below. Picture courtesy of National Geographic

He/she was huge, and seemed to be following us. My new surfer friend and I decided to immediately exit the water to let the Elephant Seal pass. Strangely enough, he/she never really left. The Elephant Seal moved from the shore, to a rock, then back to shore. These are always good reminders as I am a guest in the sea.

Finally, when the waves started to break did the Elephant Seal go back out to sea. Readers, I would love to know what is your weirdest animal encounter?

I’m getting ready for a pretty big surf session tomorrow, so I felt that today yoga would be a great way to relax and stretch out my aching muscles

Since I have been setting up more home practice than anything, I decided to dedicate a place in my living room for my mat. I thought this would be a nice place, especially with the sunlight.

Btw, I know my yoga mat is completely worn out, but I love it so much I really can’t part with it.

Today, I focused on more of a “warm vinyaas flow” to keep the heart rate up and stretch out my leg muscles. Today consisted of a lot of chaturangas, planks, and half moon poses. I also did some pop ups just to keep it fresh. 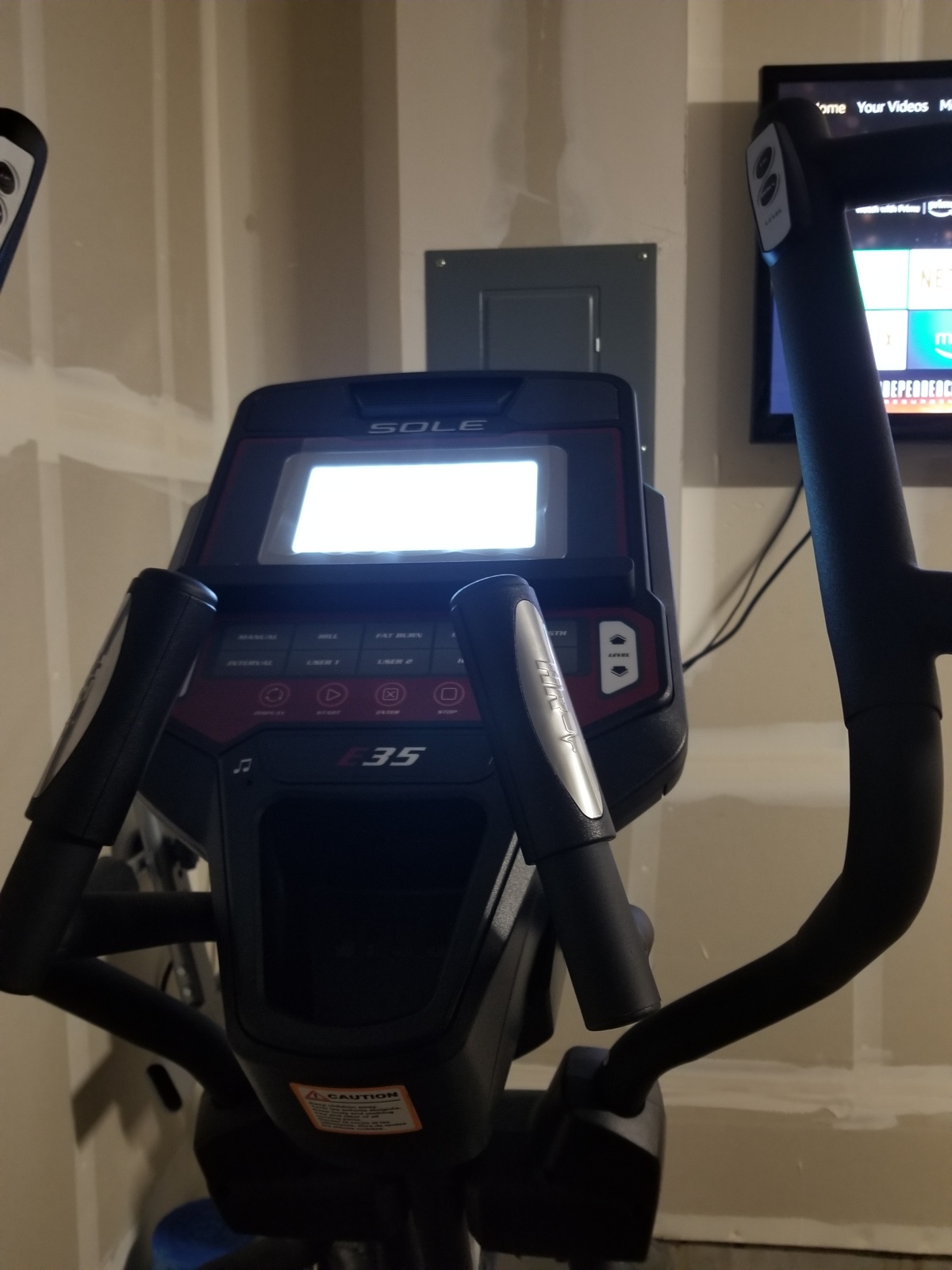 About three months ago, we bought a weight machine and an elliptical machine. Our reasoning was since my husband and I both work from home, having a home gym would be less than monthly gym memberships and we don’t have to leave to work out.

It did take us a while to set up, since we had to do some extreme cardboard box removing, but it is finally all done. I honestly don’t use the weight machine, I like free weights, but I have been using the elliptical on a regular basis.

My favorite thing of our home gym is the tv my husband installed. Now really no excuse not to exercise.

My workout lately has consisted of cardio or hill workouts and watching surf movies on the regular. As for yoga, I practice inside the house because the garage floor is concrete and that hurts in yoga practice.

Readers, do you like to watch tv or listen to music while working out?

I am not going to lie. One of my favorite things in the world to do is watch T.V. I love to relax at night, sit on the couch, and binge watch documentary shows, dramas, comedies etc.

Well, the past couple of weeks while strengthening my ankle, I decided to practice some seated yoga poses while watching t.v. Might as well right?

Here is a list of my favorite seated yoga positions:

I also added in some ab work while watching tv as well. Here are some exercises I have been doing:

I have definitely noticed a flexibility difference already, and hey, none of this can hurt.